CLICK HERE to enter the giveaway!
(after clicking, scroll down for entry form)

Posted by Tribute Books at 2:28 PM No comments: 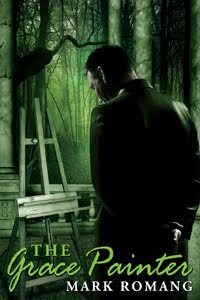 Add The Grace Painter to your Goodreads to-read list.

Summary:
Sometimes the hardest person to forgive is the one reflecting back at you from inside a mirror. Matthew London can attest to this difficult truth. Ever since the former NYPD hostage negotiator changed his identity and fled New York City for the backwaters of Louisiana, regret has ruled his life.

For eight years London has lived like a hermit in a declining plantation house. Only his talent for painting Renaissance-style murals and paintings keeps the inner-demons from totally destroying him. Each day the disgraced hostage negotiator longs for a chance at redemption, never expecting it to actually happen. But then a down-on-her-luck FBI agent shows up on his doorstep one evening. It turns out Jean-Paul and Sebastian Boudreaux, two local brothers famous for lawlessness have inadvertently kidnapped a little girl.

London is quickly thrust into the starring role of a daring rescue attempt. But before he can rescue the child from the dangerous Boudreaux brothers, he first must find a way to forgive himself for a past misstep, a blunder that forever altered his once promising life. But in the Atchafalaya Basin swampland, nothing is promised. Grace cannot be purchased or earned. It can only be given.